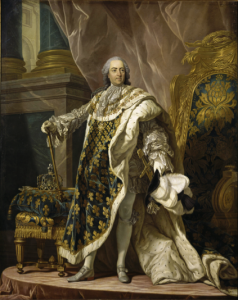 In France, commissioned military officers were regularly recruited from the younger sons of the gentry or occasionally from the bourgeoisie with important family or social connections among the nobility or government bureaucrats. (Lives of Fort de Chartres: Commandants, Soldiers, and Civilians in French Illinois, 1720–1770, p. 20)

In May of 1742, Jean Baptiste Lapaise de Védrines was recruited by King Louis XV (left) from the minor French provincial nobility to serve as an enseigne in the Royal French Marines in the colony of Louisiana. 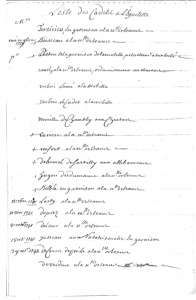 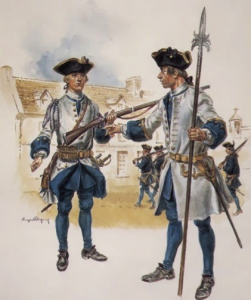 He is listed as a Cadet a L’eguilette (“de Verdine”) in the New Orleans garrison on a record (right), which bears the date October 29, 1742 (Huntington Memorial Library, Loudoun Collection, Vaudreuil Papers, 19, 1743 San Marino, CA)

The name of cadet de l’aiguillette was given to an officer who wore an aiguillette, or shoulder cord (left). Cadets de l’aiguillette, also referred to as “gentlemen cadets,” were of higher social status and usually received earlier promotion than the cadets of lesser status. (Lives of Fort de Chartres: Commandants, Soldiers, and Civilians in French Illinois, 1720–1770, p. 21) 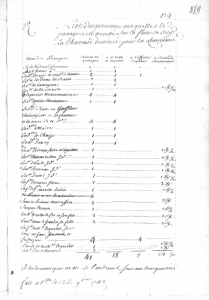 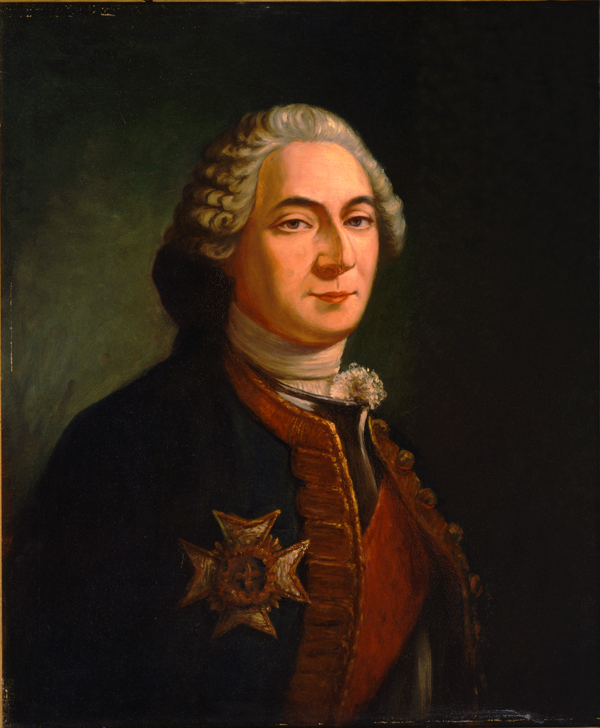 The ship departed from Rochefort, France on January 1, 1743. 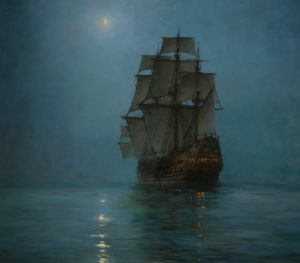