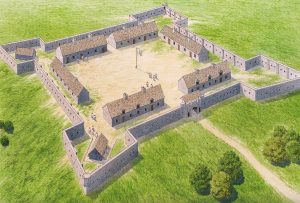 After eight years in New Orleans, Jean Baptiste Lapaise de Védrines was appointed to serve at the Fort de Chartres in the Illinois Territory in Upper LA. He departed New Orleans in a small convoy up the Mississippi River in March of 1751. After about three months of travel up the mighty Mississippi, he arrived at Fort de Chartres in the summer of 1751. 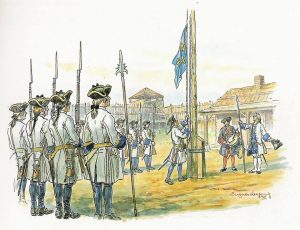 Just a few months later, in December of 1751, Chevalier Jean Jacques MaCarty Mactigue arrived at Fort Chartres as the new Commandant. He was given orders to build a new fort of stone. When completed, it was known as the strongest and most pretentious fortress in the new world.

On October 5, 1752, Jean Baptiste Lapaise de Védrines was promoted to Enseigne en Second. Two years later, on June 23, 1754, he was listed as an Enseigne in a Detachment of troops under Francois de Mazellieres at IL.

An description of the life at Fort Chartres under Commandant MaCarty was given in 1921:

“The people of the fort and village led a merry life. Lordly processions of gentlemen and richly dressed ladies marched into the chapel to hear Mass. Hunting parties issued from the gates of the fort and returned at night full laden with spoils of the chase. Stately receptions were given, where officers in uniforms covered with gold lace danced with ladies robed in velvets and satins. The fashions of Paris were reproduced in this military station on the distant Mississippi. The fame of Fort Chartres spread to every settlement in the new world. It became a common saying, “All roads lead to Fort Chartres.”” (Irwin F. Mather, The Making of Illinois, 1921, p. 87) 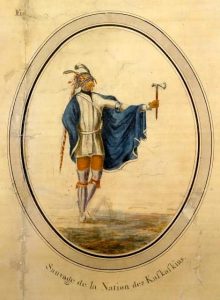 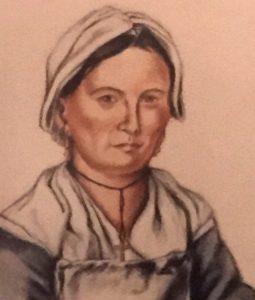 On October 10, 1758, Jean Baptiste Lapaise de Védrines married the daughter of his Captain, Jean Baptiste François Tisseran De Moncharvaux, Elisabeth de Moncharvaux at the chapel of Sainte Anne de Fort Chartres. She was the great granddaughter of Marie Rouensa (right), a full-blooded woman of the Kaskaskia Tribe of Native Americans (left). The Kaskaskia Tribe had arrived at the mouth of the Kaskaskia River where it met the Mississippi River around 1703. Marie Rouensa’s father, Chief Francois Xavier Mamentouensa Rouensa (1650-1725), was Chief of the Illini Confederation. 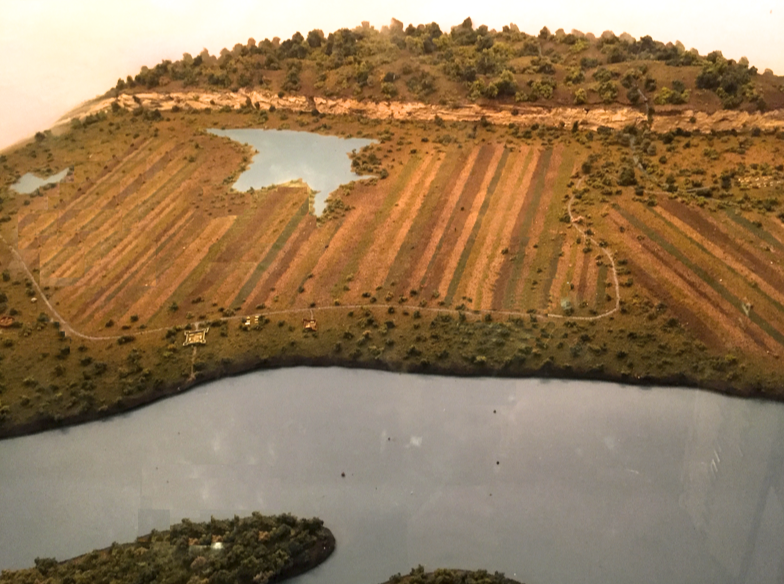 Ensign De Védrines and his wife bought a lot in the town of New Chartres next to the Fort [one lot of twenty-five toises in front and thirty in depth, on which there is one shed built of pickets with a double stone chimney bounded in front by a great street of New Chartres] on November 17, 1760, intending – it appears – to settle there.

Model of Fort de Chartres, IL and the Village next to it as it was during the time of Jean Baptiste Lapaise de Védrines’ service there. 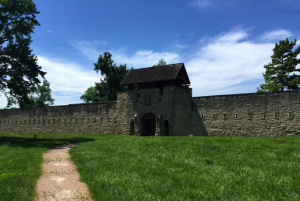 However, three years later, the English defeated the French and in September of 1763, the Treaty of Paris was signed, granting the Illinois Territory to England. A large number of the French inhabitants were unwilling to dwell in a land ruled by men of a different tongue and creed, whom they had been in conflict with for years. They sold their possessions and left the Illinois Country, many of them going to St. Genevieve or St. Louis across the Mississippi River. Others went south toward Natchez or New Orleans, which was now under the rule of the Spanish, and friendlier territory for those who were Catholic and spoke French like Jean Baptiste and his family. He retired from the French Marines on September 5, 1763 and decided to head toward New Orleans. Commandant MaCarty had retired three years earlier and settled on his plantation near New Orleans (which later became the town, and then suburb of Carrollton). Perhaps the presence of the Commandant he had served under nearly his whole time at Fort Chartres as well as many other soldiers from Fort Chartres he had served with had an influence, in part, on Jean Baptiste’s choice to go back to the city he had first arrived at from France, and which he had served for nine years before being sent up to the Illinois Country.