Jean-Baptiste Lapaise de Védrines arrived at La Balize near New Orleans from France aboard the royal ship La Charente with newly-appointed Governor Vaudreuil on May 8, 1743. He was a lieutenant in the garrison of French Marines stationed in New Orleans, where he remained until he was sent to Ft. Chartres in IL in the spring of 1751.

An interesting description of the city of New Orleans was given by a fellow Officer of the French Marines, Jean-Benard Bossu (1720-1792), who arrived in New Orleans about the same time Jean Baptiste Lapaise de Védrines was leaving. It gives an indication of the life of the city as it was when Jean Baptiste Lapaise de Védrines arrived and during the years he lived there:

When the colony was established, a tribe known as the Chitimachas lived on a stream to the west of New Orleans, which bore their name.” (Travels through that part of North America formerly called Louisiana, Jean Benard Bossu, 1771, pp. 194-195) 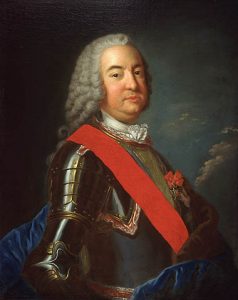 Another possible insight into the life of Jean Baptiste Lapaise de Védrines in New Orleans, particularly during the reign of Governor Vaudreuil is given here:

“The administration of the Marquis of Vaudreuil was long and fondly remembered in LA, as an epoch of unusual brilliance. His administration was for LA, with regard to splendor, luxury, military display, and expenses of every kind, what the reign of Louis XIV had been for France. He was a man of patrician birth and high breeding, who liked to live in a manner. Remarkable for his personal grace and comeliness, he was fond of pomp, show and pleasure; surrounded by a host of brilliant officers, of whom he was the idol, he loved to keep up a miniature court, in distant imitation of that of Versailles; and long after he had departed, old people were fond of talking of the exquisitely refined manners, the magnificent balls, the splendidly uniformed troops, the high-born young officers, and many other unparalleled things they had seen in the days of the Great Marquis.” (Louisiana; Its Colonial History and Romance, Gayerré, Charles Étienne Arthur, 1805-1895, pp. 237-238) 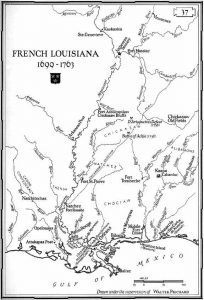 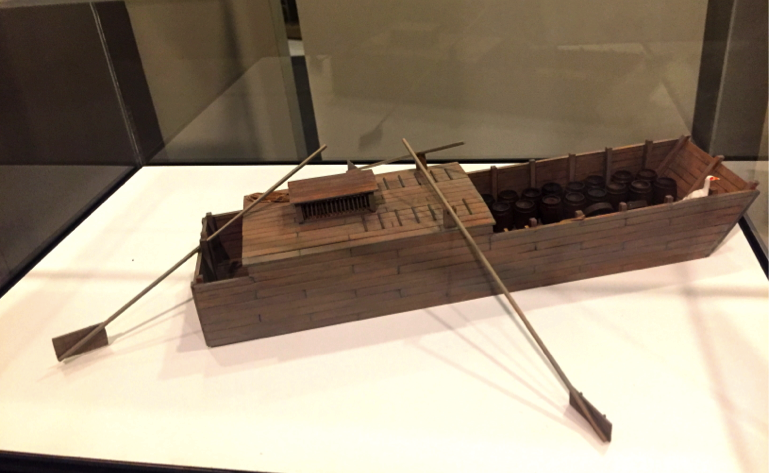 Convoys between New Orleans and Illinois were central to the life of the colony of LA. They ran twice a year, once in the late fall and once in the spring. It involved a long series of flat boats (bateaux) filled with the harvest of wheat and other goods for trade and sale, some weighing 70 or even 100 tons, along with a fleet of pirogues. For much of the French period, convoys had to be heavily guarded by a small company of soldiers and under strict command of a trusted officer.