Today on All Souls Day, we remember in particular the souls of our deceased loved ones in the Vidrine Family.

One of the great joys during this 275th anniversary of Jean Baptiste Lapaise de Védrines’ departure from France and arrival in LA has been to offer Holy Mass praying for our ancestors.

In June of this year, I had the great blessing of offering Holy Mass for our Védrines ancestors in Auvergne, the oldest part of France and place of origins of the Védrines family in France. I remembered all of our ancestors at Holy Mass in the 12th century chapel of St. Illide next to the Chateau d’Alleuze which is near one of the ancient communities named Védrines in Alleuze.

Then a few days later, in July, I had the tremendous blessing of offering Holy Mass in the Church of Sainte Livrade, France, the ancestral church of our branch of the Védrines family in France, where Jean Baptiste Lapaise de Védrines was baptized in 1712 and where his family members for at least four generations before him were baptized, married, buried, etc. Truly astounding for me to be able to return to the village of our ancestors and offer Holy Mass for them there.

Related, I had the great blessing of offering Holy Mass for Fr. Michel Bernard Barrière in the parish he served last when he returned to France after ministering to our family at the Opelousas Post in LA during the French Revolution. It was while serving as a missionary at the Opelousas Post that he buried the matriarch of the Vidrine Family, Elisabeth de Moncharvaux, and baptized, married, and buried many of her grandchildren and great grandchildren. It was, in fact, at the home of her son, Jean Baptiste Pierre Vidrine near Ville Platte that he offered Mass and celebrated the Sacraments for the people in the area on his missionary journeys through the area. He himself wrote that he knew our Védrines family in Bordeaux before fleeing France during the French Revolution. What a joy to offer Holy Mass for his soul at the Parish he served at once he returned to France and where he died.

Finally, on these Louisiana shores, with the help of my friend, Brian Costello, in September, I had the great blessing of offering Holy Mass for our Vidrine ancestors, and in particular, for Jean Baptiste Lapaise de Védrines, in the Church of St. Francis of Assisi in Pointe Coupée where his small family first settled for about 8 years and where 3 of their children were born before finally settling at the Opelousas Post. Jean Baptiste Lapaise de Védrines and Elisabeth’s third daughter, Perrine Vidrine and their second son, Etienne Vidrine, Sr. were born and baptized at Pointe Coupée. Their older sister, Marie-Anne Vidrine was also born and baptized before she died and was buried at Pointe Coupée a little under a year later. The church contains several relics from the previous church at Pointe Coupée where they attended.

Eternal rest grant unto them, O Lord, and let perpetual light shine upon them. May they rest in peace. 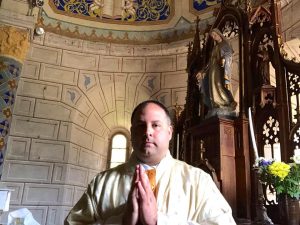 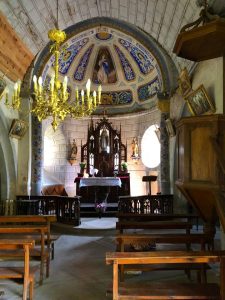 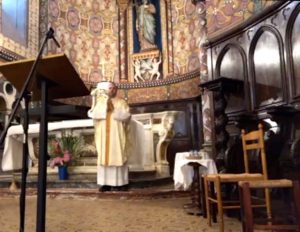 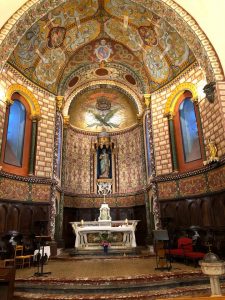 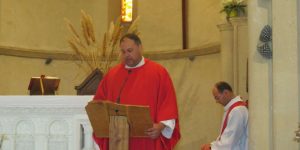 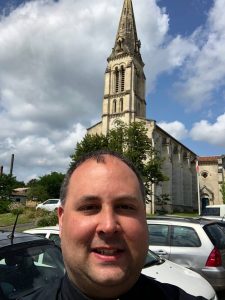 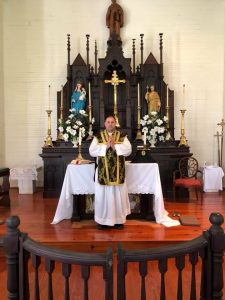