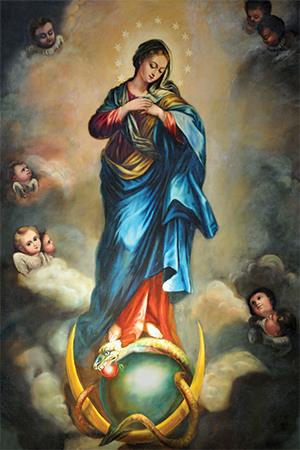 The church at Kaskaskia, IL is named Immaculate Conception Church. The first stone church was built in 1714 and in 1720 became an established Parish. Five years later, Elisabeth de Moncharvaux’s great grandmother, Marie Rouensa “Aramepinchone” (1677–1725) was buried in the floor of the church, the only woman given that honor in the history of Kaskaskia, IL. In 1741 King Louis XV of France sent a bronze bell with the inscription: POUR LEGLISE DES ILLINOIS PAR LES SOINS DU ROI DOUTRE LEA (For the Church of the Illinois, by gift of the King across the water.) It’s now known as “The Liberty Bell of the West” and can still be seen today. Marie Rouensa’s daughter, Agnes Philippe was baptized and married in Immaculate Conception church, as was Agnes’ daughter, Marie Agnes Chassin (Elisabeth de Moncharvaux’s mother). For several generations, Immaculate Conception Church at Kaskaskia was a vital part of the family of the Matriarch of the Vidrine Family in LA, Eisabeth de Moncharvaux. Unfortunately, the great flood of the Mississippi River in 1881 almost obliterated most of the old village of Kaskaskia, including the Church of the Immaculate Conception, which was totally lost.