January 1, 2017 by Fr. J. Vidrine
Like black-eyed peas and cabbage, cornbread is nearly just as much of a necessity in LA 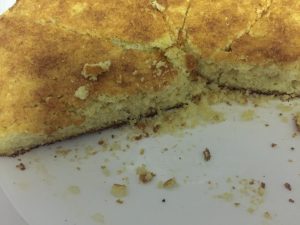 on New Year’s Day. But while that’s the case in South LA and has been for some time, it was not always the case – neither in Upper LA (the Illinois Country) nor in South LA. In fact, the French detested it compared to the wheat bread they were so used to eating. It’s interesting to consider how cornbread was perceived when Jean Baptiste Lapaise de Védrines and Elisabeth lived in Upper LA at the Fort de Chartres, and perhaps even after they settled at the Opelousas Post. This is a good insight from Carl Ekberg’s French Roots in the Illinois Country: The Mississippi Frontier in Colonial Times:
“In early Louisiana, well before the founding of New Orleans [1718], French colonists were chronically short of food and were obliged to consume corn raised by local Indians. The French, however, especially French women, did not like to eat what seemed them a coarse and unpalatable grain. Governor Bienville reported from Mobile in 1704 that “the men who are in Louisiana are accustoming themselves to corn, but the women, who for the most part are natives of Paris, are very reluctant to consume it.” Bienville returned to the subject years later, remarking that a shipload of sickly African slaves who had just arrived in Louisiana required only a diet of corn to restore their health.’ Corn was deemed suitable food only for African slaves and Indians. Le Page du Pratz spent several pages describing the cultivation and consumption of corn by Indians in Lower Louisiana, but he never once mentioned the French eating it. In the Illinois Country there were few if any Parisian women, who were said to be the most discriminating and demanding of all French people, but sources suggest that ethnic French people of whatever sex or place of origin were slow in learning to appreciate corn as a foodstuff.
Documentation about corn is sparse during the early years of French settlement in the Illinois. Visitors to Kaskaskia during the first two decades of the eighteenth century always commented on the wheat grown there, not the corn. Since the earliest days of the settlement, however, some corn was surely cultivated, by the Indian wives of the French habitants if no one else.’ In September 1752 Commandant Jean-Jacques Macarty reported that drought had much reduced the corn harvest in Illinois, which would be a great misfortune for “pork and for feeding animals.” “The commandant did not bother to mention whether this shortage had any effect on human diets in the region. During the winter of 1797,the residents of New Madrid were isolated by ice floes on the Mississippi and as a consequence were “reduced” to eating corn bread for sustenance.”
Looking back from the nineteenth century, John Reynolds observed that corn was consumed by Creole voyageurs engaged in the Indian trade and used by Illinois habitants to “fatten the hogs” but that the latter group “did not use it to any extent for bread.” Despite all these disparaging comments about corn, by 1767 a crude British census of Kaskaskia showed the corn harvest to have been nearly twice as large as that of wheat, and Spanish censuses from the end of the colonial era indicate that corn production was consistently higher than wheat production in Upper Louisiana by that time. French Creole habitants in North America seem to have adjusted to corn rather slowly and reluctantly at first, but once they discovered that the alluvial bottomlands of the Illinois Country were in comparably well suited to its cultivation, they adapted and began producing relatively more corn and relatively less wheat. They fed it to their animals and to their slaves, they made whiskey from it, and they even debased themselves by eating corn bread.”
– Carl J. Ekberg, French Roots in the Illinois Country: The Mississippi Frontier in Colonial Times, pp. 191-192 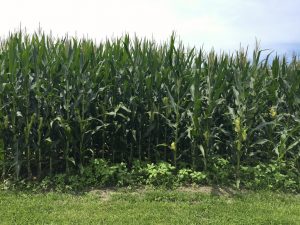 This is corn field in Prairie du Rocher, IL, where corn continues to be grown by many.

According to John Folse, there was a petticoat revolution in 1718. Louisiana’s early women settlers were dissatisfied with the settlers diet of Indian corn. According to the legend, the women of New Orleans knew very little of the strange indigenous food of the new land. They marched in protest to protest at Governor Bienville’s house banging utensils on their black pots demanding that he hear their grievances. Being a diplomat, Bienville sent his housekeeper Madame Langlois to live with the Native Americans for about six weeks. From the Indians she learned to cook Louisiana’s native food stuffs. She flavored dishes by adding bay leaves, boiled whole ears of corn and learned to stuff squirrels with pecans and spices. She prepared succotash as well. Upon her return, she educated the French women in what must have been the first culinary school in North America
– John Folse’ Encyclopedia of Cajun and Creole Cuisine, p.28

We also have this insight from Opelousas LA as late as 1815 from Dr. Francois Robin, a 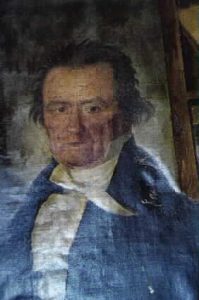 Frenchman who had immigrated to LA and the brother in law of Elisabeth de Moncharvaux and Jean Baptiste Lapaise de Védrines (from the Letter of Dr. Robin to his family May 6, 1815):

“The bread of the country is corn, which can be prepared in many different ways. It is a healthy food, but one that is not gratifying.”