128th Anniversary of the death of Fr. Joseph Juhel

Today is the 128th anniversary of the death of Fr. Joseph Juhel. Like all Priests who served the Vidrine Family, especially in Opelousas and Ville Platte, we remember him and his life with gratitude.

The name of Fr. Joseph Marie Juhel does not appear on the list of Pastors who served Sacred Heart Church in Ville Platte, LA, but like so many Assistants at St. Landry in Opelousas, he did minister to the people of Ville Platte. Fr. Juhel was an Assistant at St. Landry for just a little over a month toward the middle of 1873, and in that short space of time, he made at least two trips to Ville Platte, baptizing children on two different weekends. Those from the Vidrine Family baptized by Fr. Juhel at Sacred Heart were:

Fr. Juhel was a native of France and came to serve in the Archdiocese of New Orleans. After leaving his short assignment at St. Landry in Opelousas, Fr. Juhel was assigned to several parishes down south along the Mississippi River, where he would serve until his death.

At the end of 1873, Fr. Juhel was serving as Pastor of the Parish of the Blessed Virgin Mary of New River (near Gonzales, LA), a Parish of the Archdiocese of New Orleans established in 1863. One news report states: “The Most Rev. Archbishop, confirmed one hundred and forty-seven persons in the Church at New River (Rev. Father Juhel, Pastor), fifteen miles from Donaldsonville, on the same day of baptizing four converts “ (The Morning Star and Catholic Messenger, December 07, 1873).

In 1878, Fr. Juhel was serving as the Pastor of St. John the Baptist in Bruly, LA. This was the year a schism at the church had ended. Three years before, in 1875, a scandal occurred. (Fr. Vaudray, Pastor at Brusly, ran off with a young woman of the community and contracted civil marriage with her before an Episcopal priest at New Orleans). The Vicar General of the Archdiocese Fr. Gilbert Raymond (who had served as Pastor of St. Landry in Opelousas and also served the people of Ville Platte) assigned another Priest, whom the Parish Trustees refused to accept. The Archbishop excommunicated the trustees and placed the Parish under interdict, forbidding the church at Brusly a Priest or holy services until the Trustees relented. The schism ended in 1878, after which (it seems), Fr. Juhel was serving as the Pastor.

After a few years, in June of 1882, Fr. Juhel wrote to Archbishop Francis Xavier Leray of New Orleans from Assumption Parish in Plattenville, LA indicating that he was staying there but that the Pastor, Fr. Jules Bouchet didn’t want an assistant. Fr. Juhel requested that the Archbishop would appoint Him to the church in Chenal in Pointe Coupée Parish, either as an assistant or as the Pastor (Archives of the Archdiocese of New Orleans, VI-3-d – A.L.S.)

By June 1884, he was serving as the Pastor of St. Gabriel in Iberville 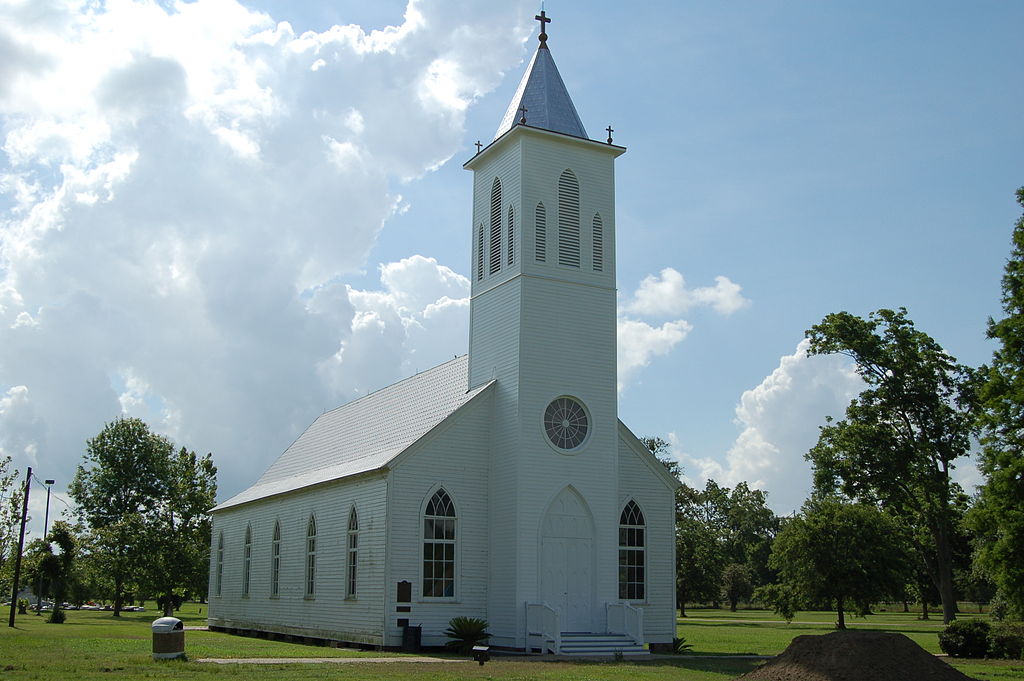