On a pilgrimage to Rome during the last two weeks, we visited the Church of San Luigi dei 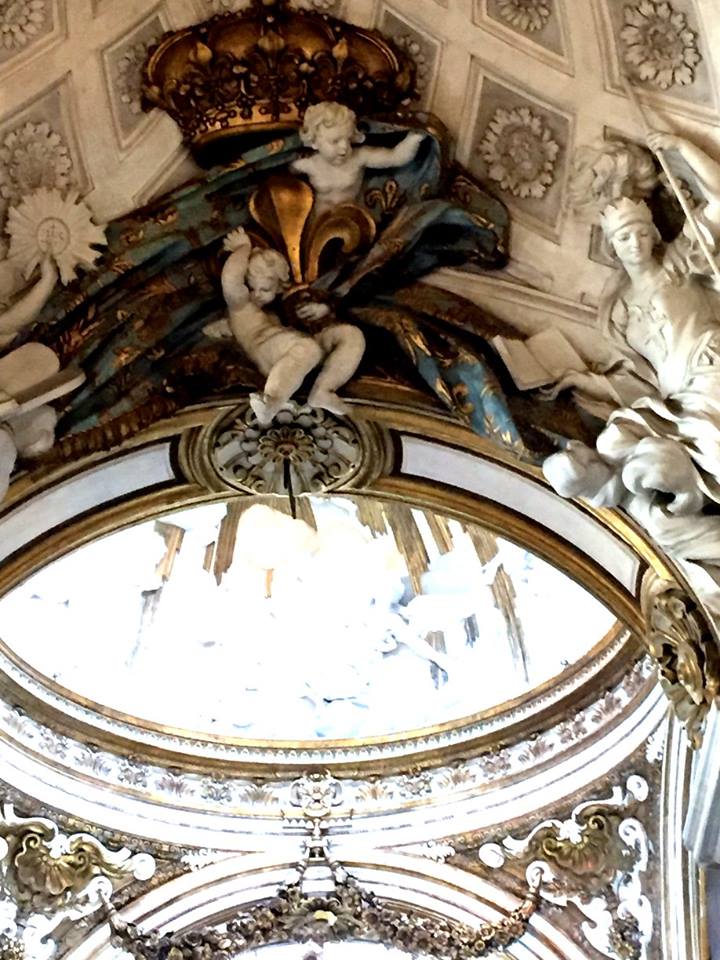 Francese (St. Louis of the French) dedicated to St. Louis IX, King of France. In the church are several famous paintings by the artist Caravaggio. Over the altar of St. Louis in Baroque decoration, I saw this fleur-de-lis with the blue of the French Royal arms and flag. It reminded me, of course, of Jean Baptiste Lapaise de Védrines. It was this arms and flag that he served under as an Officer in the Royal French Marines. And it was this service in the Royal French Marines that brought him (and the Vidrine Family he would establish) to LA. Nearly every one of the records containing the name of Jean Baptiste Lapaise de Védrines in the LA territory mention the fact of his service as a Royal French Marine. So though it was King Louis IX’s successor, King Louis XV, who Jean Baptiste Lapaise de Védrines served under, that same blue flag with gold fleur-de-lis is recognizable as deeply connected to the Vidrine Family in LA.