As the Vidrine Family in LA celebrates the 275th anniversary of Jean-Baptiste Lapaise de Védrines’ departure from France and arrival in LA in 2018, the City of New Orleans is celebrating its Tricentennial. As can be imagined, there are many connections between these two important anniversaries.

was centered around the Place d’Armes, which is now Jackson Square. He named the new settlement for Philippe II, the Duke of Orléans. A few years later, New Orleans became the capital of the French colony. Bienville’s tenure as Governor of New Orleans was a difficult one. Having resided in Louisiana for thirty-six years, Bienville finally submitted his letter of resignation to the Minister of Marine in 1742.

After several months of delay, the Royal Ship, the Charente departed Rochefort, France on January 1, 1743 with Bienville’s replacement – the Marquis Pierre de Rigaud de Vaudreuil de Cavagnial. Also aboard the Charente was Jean-Baptiste Lapaise de Védrines, an Officer of the French Marines who was commissioned to serve the Louisiana

Territory under the new Administration of Governor Vaudreuil. They banked at La Balize, the fort at the mouth of the Mississippi River, on May 8, 1743 and arrived in the city of New Orleans a few days later, 25 years after the young city was founded.

Pierre de Rigaud de Vaudreuil would serve as French governor of Louisiana from 1743 until 1753. As Carl Brasseaux writes:

“He was popular with the upper-class colonists and French officials for his elegant manners. He frequently sponsored balls, dinners, and other social events, helping to ease factions among the colony’s residents.” (Carl Brasseaux “Pierre Rigaud Cavagnial de Vaudreuil” knowlouisiana.org Encyclopedia of Louisiana. Ed. David Johnson. Louisiana Endowment for the Humanities, 4 Aug 2011. Web. 22 Jan 2018.)

“When the couple arrived in New Orleans on May 10, 1743, Vaudreuil found the colony plagued by security problems, many of which were related to the onset of the War of Austrian Succession in 1740.  Louisiana’s garrison was inadequate for colonial defense and the British had succeeded in gaining the allegiances of several Native American chiefs, on whom the colonists had depended for protection. Vaudreuil nevertheless managed to solidify France’s Native American alliances in Louisiana.  He developed a particularly strong and useful relationship with the renegade Choctaw chief, Soulier Rouge, and subsequently persuaded the Choctaw to destroy an English trading expedition. Vaudreuil purchased a large plantation on the shore of Lake Ponchatrain in 1743. With a vested interest in improving the colony’s economy, he encouraged the production of indigo.  He also ignored smuggling with Louisiana’s Spanish neighbors in order to provide colonists with a greater variety of supplies. These and other policies helped bringing a modicum of prosperity to Louisiana in the mid-1740s.” (Carl Brasseaux “Pierre Rigaud Cavagnial de Vaudreuil” knowlouisiana.org Encyclopedia of Louisiana. Ed. David Johnson. Louisiana Endowment for the Humanities, 4 Aug 2011. Web. 22 Jan 2018.)

This is an interesting description of the city of New Orleans by a French Marine, Jean-Benard Bossu (1720-1792), who arrived in New Orleans about the same time Jean-Baptiste Lapaise de Védrines was leaving. It gives an indication of the life of the city 25 years after it was founded, as it was when Jean-Baptiste Lapaise de Védrines arrived and during the years he lived there:

“The city of New Orleans is situated on the banks of the Mississippi, one of the greatest rivers of the world, since it flows through more than twenty-four hundred miles of known country. Its pure and delicious waters serve a country of an hundred and twenty miles, in 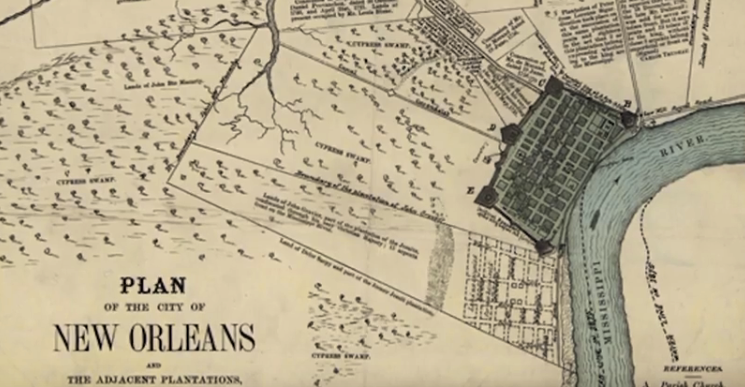 the middle of which are a number of homes which present a delightful spectacle on both banks. The owners of these homes enjoy in abundance all the pleasures of the chase, of fishing, and of all the other delicacies of life. 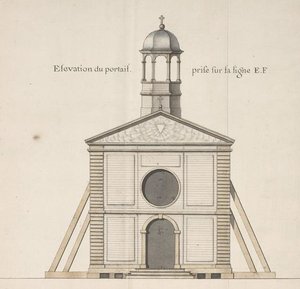 When the colony was established, a tribe known as the Chitimachas lived on a stream to the west of New Orleans, which bore their name.”